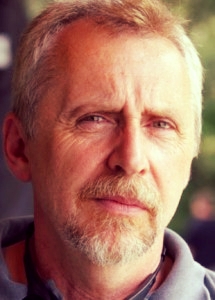 George F. Walker is one of Canada’s most prolific and popular playwrights. Since beginning his theatre career in the early 1970s, Walker has written more than 30 plays and has created screenplays for several award-winning Canadian television series. Part Kafka, part Lewis Carroll, Walker’s distinctive, gritty, fast-paced tragicomedies illuminate and satirize the selfishness, greed, and aggression of contemporary urban culture.

Since the early 1980s he has directed most of the premieres of his own plays. Walker’s plays have been presented in more than 700 productions across Canada, the United States, and  around the world; they have been translated into French, German, Hebrew, Turkish, Polish, Hungarian, Romanian, Spanish, Portuguese, Czech, and Japanese.

During a ten-year absence from theatre, he wrote mainly for television including the series This is Wonderland, The Line, and Living in Your Car. Awards and honours include The Order of Canada, two Governor General’s awards, five Dora Mavor Moore Awards, nine Chalmers Canadian Play Awards, and the Governor General’s lifetime achievement award.